Over the weekend I decided to put together a small project using a Rasbperry Pi. One way of monitoring deployments at my company is IRC. I thought it would be neat to put together a Raspberry Pi to run erlbot and a plugin to toggle a couple LEDs to tell me when a deployment is in progress and when there was a problem with the deployment. (Note problem does not mean downtime, it just means a potential rollback or unexpected behavior during deployment which is transparent to our users). Here is the result: 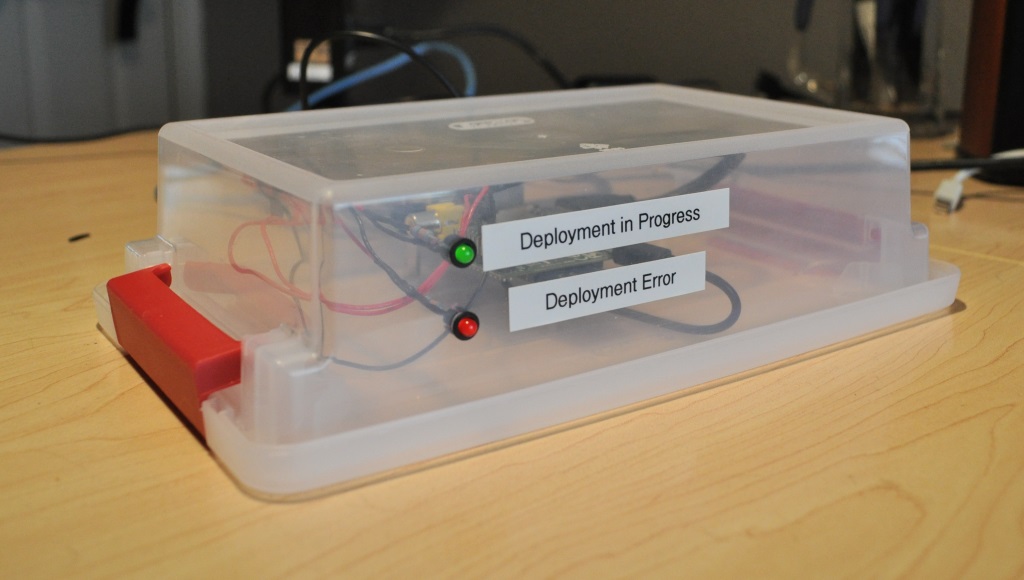 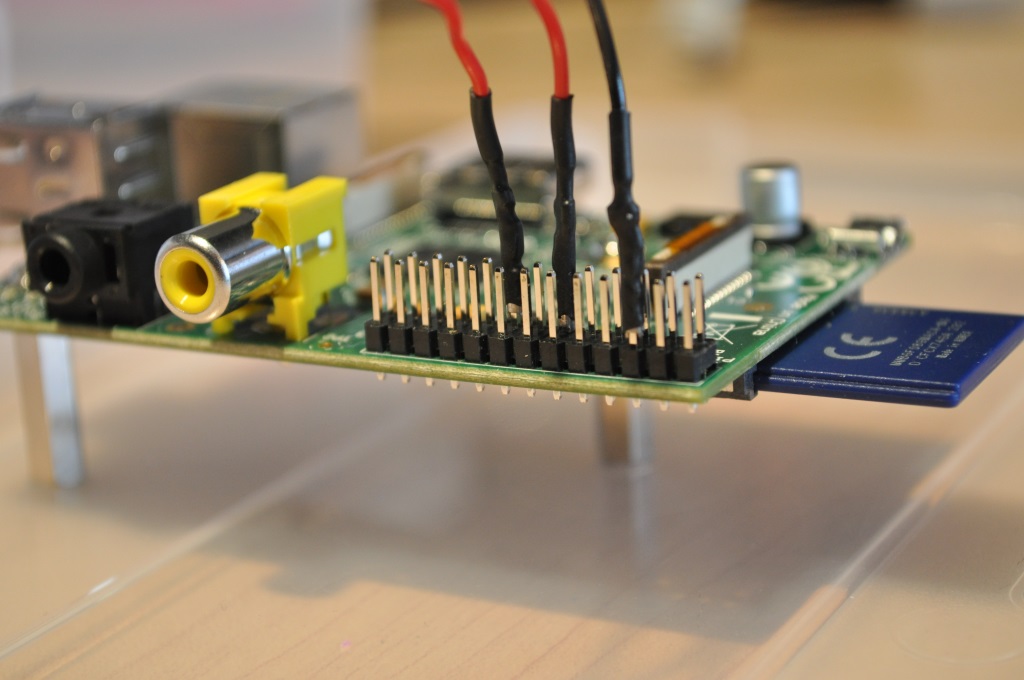 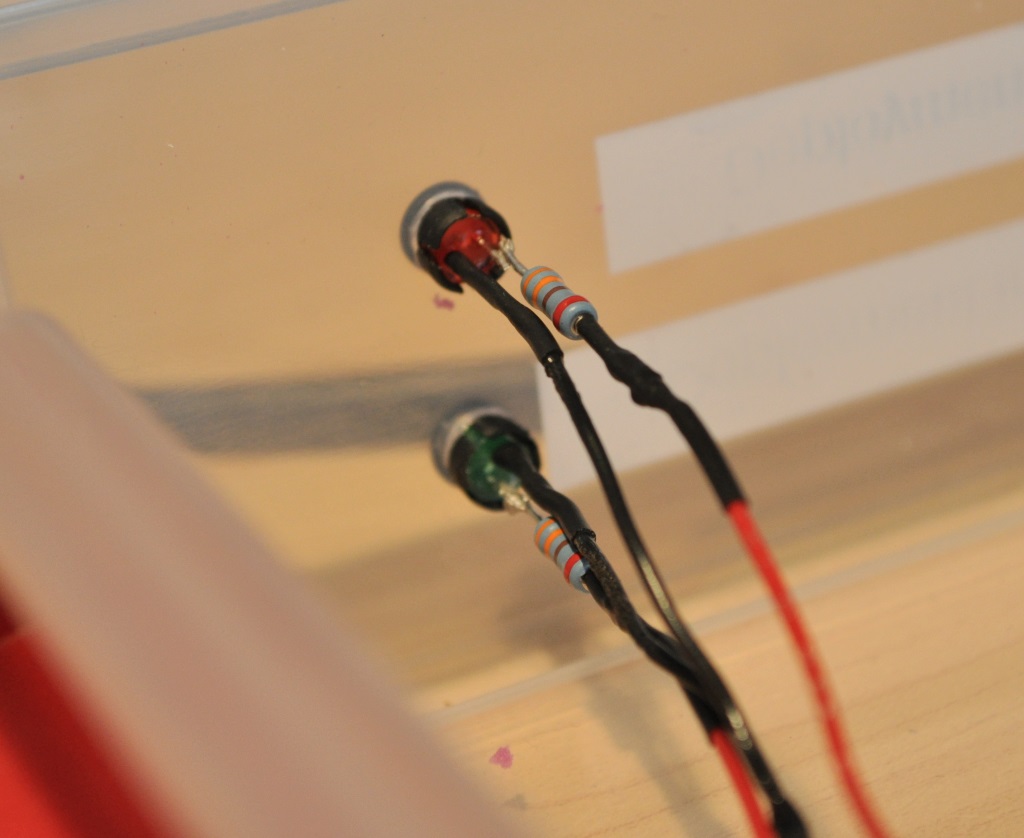 There is a ton of helpful information out there on the Raspberry Pi. Here are a few links I found useful:

I couldn’t find any Erlang modules for the Raspberry Pi to control LEDs on the Raspberry Pi, but I did find this post which pointed out you just write 1 or 0 to a file to toggle the LED. This is the basis of the led_controller.erl I wrote. You need to be root to write do anything with these files, but I wanted to run my Erlang script as a non-privileged user. Here is what to do if you want to control the LEDs while running as a normal user.

Next we update rc.local so we set our pins to work as outputs on boot and give the pi user the proper access. Note I’m using GPIO pins 17 and 22. Replace those numbers with whatever pins you use. Put this in /etc/rc.local before exit 0:

You’ll need to run those lines as root or reboot before it will work.  If you have your LEDs wired up and you’ve run the above, you can verify it works:

Finally if you want to toggle or blink LEDs in Erlang, here is the led_controller.erl I wrote.

You can try it at the erl shell:

This entry was posted in General and tagged erlang, irc, raspberry pi. Bookmark the permalink.